In today’s article, we are going to tell you six terms about electromagnetic radiation that you might want to know, whether you are a student, or just interested. Electromagnetic radiation is a very complex subject, so by knowing a few of the most commonly used terms and pieces of information pertinent to the subject, you will be in a better position to understand or study it. If you have any of your own thoughts that you would like to share, please leave them in the comments section! 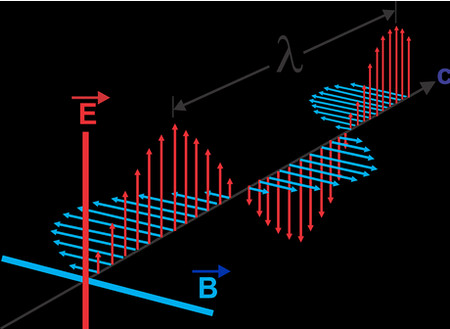 Spectrophotometers are a very important part of understanding electromagnetic radiation. While we aren’t going to be your guide to Spectroscopy, we will offer you a brief explanation. Spectrophotometry measures how much light a chemical substance, reflects, absorbs, or transmits through a light beam that passes through it. A spectrophotometer is a device that enables you to do just this, and if you are in the field, you will likely have a lot to do with them. It is best that when you are sourcing one, that you find the highest-quality and best-made spectrophotometer that you can so that your measurements are accurate every single time.

Electromagnetic theory is basic information for somebody studying, well… electromagnetic theory! Electricity and magnetism were, at one time, considered separate forces, though, in 1873, a Scottish physicist developed a theory that unified them. His name was James Clerk Maxwell, and he is an incredibly important and famous physicist.

Fields and waves are integral parts of understanding electromagnetic radiation. A field, as you will likely know, is what contains the waves, in a sense. The field is a lawn, and the grass is the waves. Truthfully, it can be very difficult to actually define what a field is, and many physicists have great trouble doing so. I hope this example will suffice. A quantum field can be incredibly more complex than that which we just explained to you, however. You can find more extensive explanations on fields and waves in your textbooks or online, and I recommend you do, as it is a very interesting, but deep subject. 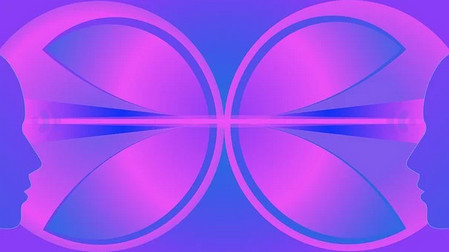 Electromagnetic radiation is incredibly expensive. It spans a huge range of wavelengths and frequencies. This range is called the electromagnetic spectrum. The electromagnetic spectrum is typically divided into seven areas, usually with the lowest wavelength to the highest, or decreasing to increasing. The typical areas are radio waves, microwaves, infrared, visible light, ultraviolet, X-rays, and gamma rays. Low-energy radiation like radio waves is typically explained as a frequency, while infrared, visible, and UV light, are usually wavelengths.

Radio waves, as just mentioned, are at the very bottom of the electromagnetic spectrum. Their frequencies, as they are called, are often of around 30 billion hertz, and their wavelengths are usually greater than 0.5 inches. Radio waves are used for communications over the phone, the internet, and entertainment. Radio waves are most commonly used by ordinary people on a day-to-day basis in their lives, and as they have the lowest frequency, they are often much safer to be used, as the person is exposed to less radiation.

In the 1880s, physicist Heinrich Hertz discovered radio waves. With a spark gap that he had attached to an induction coil and a separate antenna, he was able to discover that waves created by the coil transmitter were picked up by the antenna, thus discovering radio waves and, in a way, changing the entire world as we know it, leading to the creation of radio and television.

Infrared is the range on the EM spectrum that sits comfortably between microwaves and visible light. Infrared has frequencies that range from 30 THz to 400 THz, and wavelengths of 0.005 of an inch to 750 nm. Infrared light is invisible to human eyes however we can feel it if it is hot enough. A television remote, for example, used infrared light to change the channels on your television.

Infrared light was discovered in the 1800s by physicist William Herschel, who experimented to measure the difference in temperature between the colors on the visible color spectrum. With thermometers between each color, he managed to show a temperature increase between blue and red. He noticed that this temperature was warmer toward the red end of the spectrum, thus discovering infrared light.

Electromagnetics is an incredibly complex subject, but we hope that the summaries we have listed here will be of use to you and will help you to further understand the subject. Thanks for joining us.